The Houston Texans, Denver Broncos and streaking Seattle Seahawks are all in the spotlight as they get set for their respective Week 15 matchups this coming weekend. With all three teams looking to improve their chances of reaching the playoffs let’s find out why they’re all offering some great value in their Week 15 matchups against the New York Jets, Cleveland Browns, and San Francisco 49ers. Houston had their nine-game winning streak abruptly snapped in their 24-21 home loss against Indianapolis last weekend while failing to cover the chalk as a 4-point favorite in the process. Quarterback Deshaun Watson passed for 267 yards and one touchdown, but it wasn’t enough to overcome Andrew Luck’s 399-yard, two TD passing day.

“They did a good job, they played good football,” Watt said. “T.Y. obviously had a huge day. We knew going in that’s a guy we had to stop and we didn’t. That’s on everybody. Luck did a good job spreading it around, guys got open and he found them. We have to play better.”

The Jets scored 14 fourth-quarter points to pick up a thrilling 27-23 road win over Buffalo to cover the chalk as a 4.5-point underdog. Quarterback Sam Darnold passed for 170 yards with one touchdown and one interception while engineering the first fourth-quarter comeback of his young career. Running back Elijah McGuire rushed 17 times for 60 yards and another score and the Jets limited the Bills to just one field goal in each of the game’s final three quarters.

“As a kid, you dream of converting two-minute drives and going down there and scoring,” Darnold said. “To be able to score a touchdown and put the ball in their hands at the end of the game was awesome.”

I know the Houston Texans don’t have the most explosive offense around, but there’s a reason why a whopping 73 percent of public bettors are currently backing Deshaun Watson and company to get the win and ATS cover in this contest and it’s because the Texans are completely and utterly better than the Jets on both sides of the ball. The Browns picked up a fantastic 26-20 win over reeling Carolina last weekend to cover the chalk as a 1-point home underdog and improve to 3-1 over their last four games. Rookie quarterback Baker Mayfield passed for 238 yards with one touchdown and Cleveland’s defense stopped Cam Newton from throwing a TD pass while picking off Carolina’s veteran signal-caller once in the win.
Nick Chubb and Jarvis Landry both added rushing scores in the win and Landry added a 51-yard TD catch as well.

“Everybody loves winning,” said defensive end Myles Garrett. “It’s different for us because of the negatives we’ve been through, but that’s all in the past.”

Denver had their three-game winning streak snapped in their stunning 20-14 loss against lowly San Francisco last weekend to see their playoff hopes take a significant hit. Veteran quarterback Case Keenum passed for a modest 186 yards with one touchdown, but the Broncos fell into a 20-0 hole at the half they could never overcome and they simply didn’t have an answer for Niners tight end George Kittle who caught seven passes for 210 yards and one score.

“We had one blown coverage, and a couple where we just didn’t cover him,” Broncos coach Vance Joseph said.

While Denver suffered a stunning loss last weekend after winning three straight and Cleveland is looking good, having won three of four, I’m going to advise you to back the Broncos to get the big home win in this one to give their playoff hopes one more push in the right direction.

I know Baker Mayfield is already a better quarterback than Case Keenum, but Denver still has a bunch of elite defensive players and I believe they’re going to get after Cleveland’s young quarterback while forcing him into at least one costly mistake. The Seahawks are playing their best football of the season at just the right time, having won four straight games including their impressive 21-7 win over Minnesota on Monday night while covering the spread as a 3-point home favorite.

Bobby Wagner blocked a field goal in the fourth quarter to spark Seattle to 18 fourth-quarter points and Seattle’s defense shut out Minnesota for three quarters to get the win.

“It’s really about the defense. I loved the way they played, they played so hard and so spirited,” Seattle coach Pete Carroll said. “It was almost poetic after last week’s game that Bobby would get to block the field goal and he pulled it off and did it. That was an incredible play.”

San Francisco snapped their three-game losing streak by upsetting Denver 20-14 last weekend to cover the chalk as a 3-point home underdog. Nick Mullens passed for 332 yards with two touchdowns and one interception and hooked up with tight end George Kittle seven times for 210 yards and one score in the stunning upset. Kittle ended up four yards shy of Shannon Sharpe’s NFL record by a tight end of 214 receiving yards.

“George had one heck of a day, 4 yards short of the record. You can blame that on me, I guess,” Mullens said.

I’m a bit stunned that Seattle is just a 5.5-point favorite in this contest despite being on the road. Seattle is playing outstanding football right now and they smacked San Francisco senseless in their 43-16 just two weeks ago to cover the spread as a 10-point home favorite. 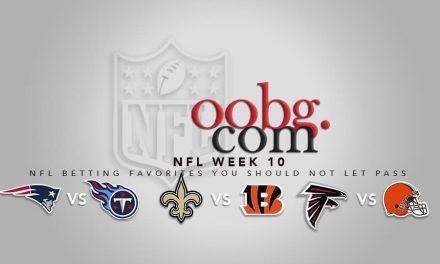 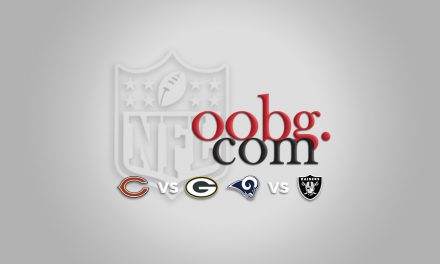